How live streaming has funded my open source contributions this year

Earlier this year, in early March, I started doing live development on my Twitch channel. I wanted to try a different way to maintain my own projects and contribute to others. I also wanted to explore live development streams to fund my open source contribution time while giving a way to provide a return on investment for any sponsorships.

Earning revenue as a Twitch Affiliate

I was pretty excited that I hit Twitch Affiliate fairly quickly – 50 followers, 8 hours streamed, seven days, and an average of three viewers within a 30 day period. This allows me to earn a share of ad revenue from my streams. Although, to be honest, it isn't much. Most streamers earn money from their subscribers, and when folks spend bits to Cheer.

Let's take a look at my Twitch revenue since I started. You get a payout at a minimum of $100.

But that's not the entire picture.

I export all of my live streams to YouTube since videos only stay on Twitch for about 14 days. I am pretty far from reaching partner status on YouTube. But, eventually, that could be a revenue source for my open source development as well.

Earlier in the year, Florida DrupalCamp sponsored my time to get phpstan-drupal and drupal-check ready for Drupal 9/10 and PHP8. I did this through my live stream. I was then approached by Palantir.net, which has sponsored 10 development streams to get drupal-rector up to date as we head to Drupal 10. (side note, it's been wildly successful!)

I make sure to start each of those sponsored streams with a sponsor message and notice their current job openings. My work on drupal-rector also earns the organization issue credits on Drupal.org. (This is a bit harder on phpstan-drupal and drupal-check, which have code and issues managed on GitHub.)

These sponsorships have allowed me to steadily host a Wednesday stream that works on the tooling, which supports the major version upgrade process for Drupal. Check out my last blog post to learn more: phpstan-drupal, drupal-check, drupal-rector, upgrade_status – OH MY 🚀

I would say yes. I started the year with dread about trying to maintain phpstan-drupal and drupal-check or other assistance in the Drupal 10 readiness preparations. Now we have phpstan-drupal ready to go, unblocking the Upgrade Status module. The drupal-rector project covers 95% of Drupal core deprecations and should be preconfigured to handle Symfony and PHPUnit deprecations (see PR#177 and PR#166.)

I would love to find ways to branch out, like working on Drupal core (JSON:API, performance) and other contributed modules. But right now, I am super happy knowing that we will have stable tooling as we march toward Drupal 10.

If your organization is interested in doing sponsored development streams, reach out! My live streams run for two hours  – anything less is usually not that productive, and anything over begins to wear on my cognitive abilities. My current rate is $300 per stream – which covers the two hours of work and prep that goes on before and after.

Follow my channel to know when I go live!

Want to catch the fun? Follow me on Twitch to know when I go live. You can also catch the exported recordings on my YouTube channel, as well.

mglaman - Twitch
I'm an open source developer hacking on Drupal, fiddling with PHP, JavaScript, and more! Using live streaming as a way to contribute to projects and hang out.
https://www.twitch.tv/mglaman 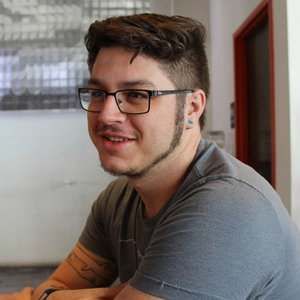