Values and culture are what build an organization

Last week I started to clean out my office. It has been the same since I started working from home in the spring of 2014.  I had left a local marketing agency to work for an education software company, called Gaggle. While cleaning I found some items I had kept from my year and a half at the company. That organization's values and my experiences are still vivid in my memory and make an impact still today.

Your organization's values and culture matter. They will create happy and productive employees who build something bigger than themselves.

Understand your values, and it will build your culture

There were several company values at Gaggle. These values were represented in the company culture and the atmosphere of the workplace. There are a few that stuck with me and have made an impact in my actions as a senior developer and cohort at Commerce Guys. I couldn't remember them verbatim. So I went to check if they were on the website, and yes! There is actually a company culture page.

Hire exceptional people and let them do their jobs.

There was a lot of trust from management and workers. And that trust was based on expectations for each individual. Micromanagement was at a minimum if it even existed and more there was a focus ownership of individual roles.

My take away from this was that: for any loss, there is a win. I took it as "just be a human being" instead of worrying about the business aspects. Being human and giving help, solving a problem, and making a customer success builds rapport. Having rapport with customers builds a strong relationship and more business (and referrals.)

When spoken, this is to actually be followed by an audible Argh! like a pirate. Because you always need to have fun at work. The concept is simple: treat the company's money as your own and spend it wisely. If you misspend company funds, you're hurting the company and your paycheck. That does not mean you cannot spend money and have fun, though. Gaggle threw the best parties. Hands down. You just need to be smart about it. 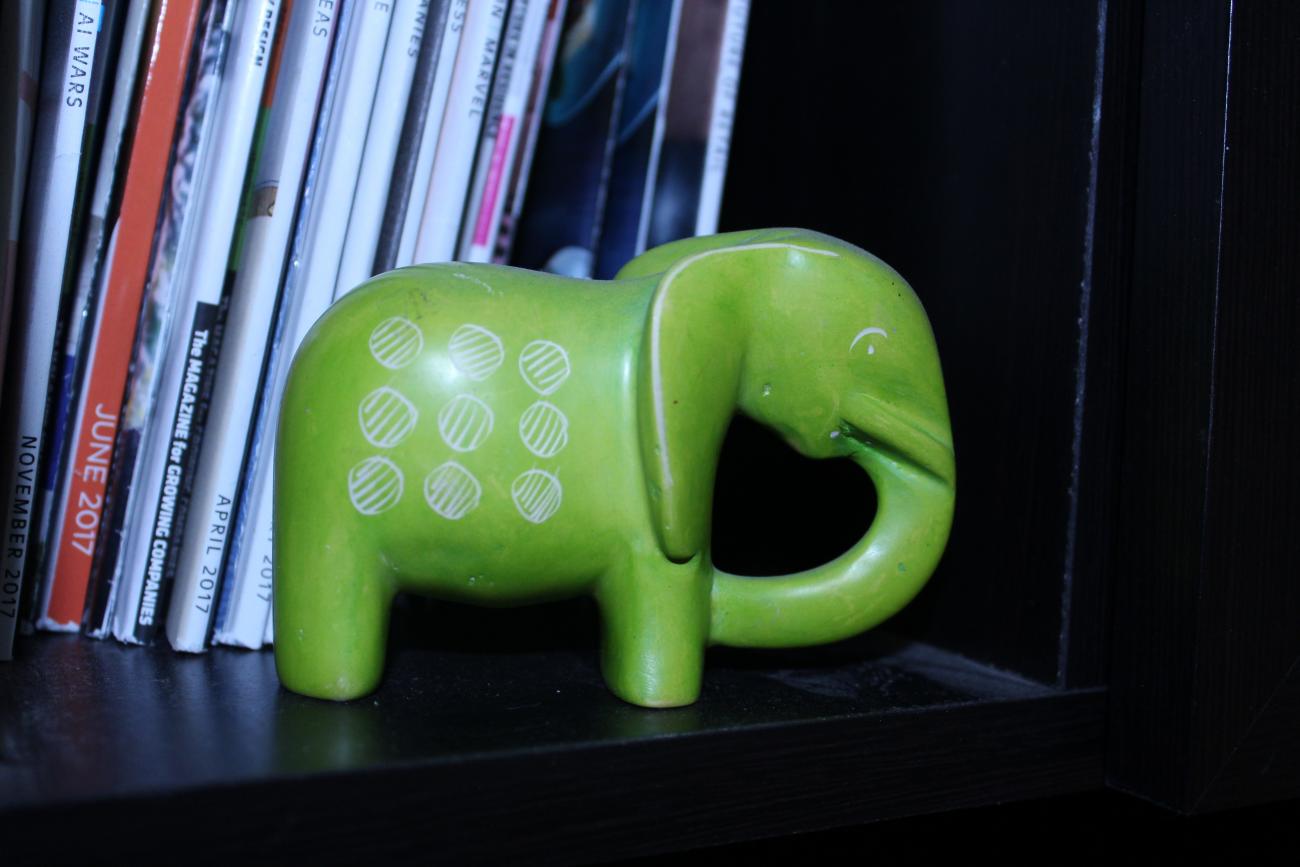 Award and celebrate those values

At each staff meeting, we would recite the company values, whether everyone was in office or some were remote. The company was not completely distributed, only a majority of its IT resources. After housekeeping announcements, awards would be given out by managers. A manager would pick someone on their team that met or exceeded at these values. Four weeks in I drove down to the company headquarters. My boss had chosen me as one of those standouts, for the impact in the Drupal product I had been hired to help develop. The recipients would receive a trinket and a two dollar bill.

The impact of this moment was huge, and I still remember it. I keep that elephant on my desk, still. It has not moved from when I brought it home and will stay in the same spot. 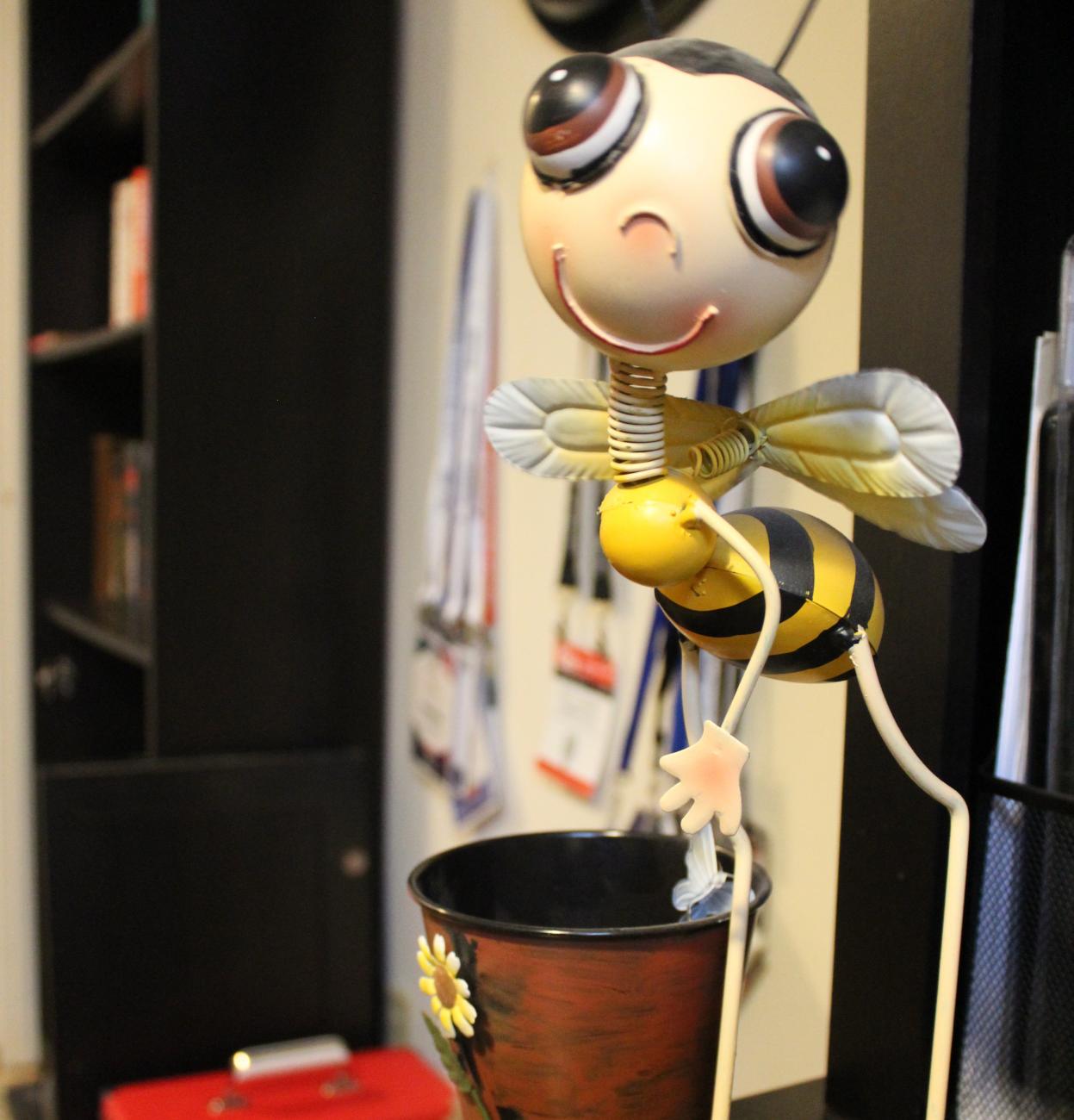 I have another memento of my time at Gaggle. At the End of the Year holiday party, various awards were given out to stand out employees. Myself and another coworker were awarded the "Newbie" (get it, New Bee) award for being at the company for less than a year and making an impact. The other recipient was also on our Drupal product as support and onboarding and did an above and beyond learning Drupalisms and helping get people acquainted.

Also, the End of the Year holiday party was billed as "for the significant others" and not just the employees. We all work hard. Sometimes it means early mornings, late nights, travel and days away from home. I appreciated that the company would take a minute and recognize the fact our work affects our significant others and our families.

"Uhh, then why did you leave?"

That's a good question. It was not an easy decision. I had a great position at a great company. I got to work with Drupal and contribute back. I spent a lot of time contributing back to Panopoly. I even got to spend a week on providing a fix to allow multiple media items for a multiple value media field, one of the biggest issues in the Media 7.x queue.

But. Drupal was a single product in the company, and Drupal was not an integral part of the company. I wanted to be with an organization that was Full Drupal™. So. I transitioned Commerce Guys so I could work with the two developers I sincerely looked up to by the quality of their work: Ryan Szrama and Bojan Živanović.

Impact. Initiative. Integrity. Those are three values we have picked to represent our core values at Commerce Guys since the spinout from Platform.sh to refocus on Drupal Commerce. I firmly believe our values have been our driving success. From just the three of us two years ago to the eight of us today. And whatever awesome things come in the future.

These are the things I try to exercise at work, and in my open source contributions.