An Open Microsoft: Microsoft to open-source more of .Net

Ever since Satya Nadella became the new CEO of Microsoft I've been keeping an eye out on the company. I'm not exactly a fan of Microsoft, but maybe he'll be the driving force that can allow the company to compete in the modern market.

Turns out at Microsoft's Build 2014 it was announced that the company with be partnering with Xamarin (maker of Mono) to start the .Net Foundation. Right now it seems the .Net Foundation's primary goal is to foster open-source development projects based on the .Net framework, verus open sourcing the framework itself. Either way it's a win for open source ideology.

The foundation currently fosters 24 projects, it seems to be a nearly even split between Microsoft contributions and Xamarin/Mono. 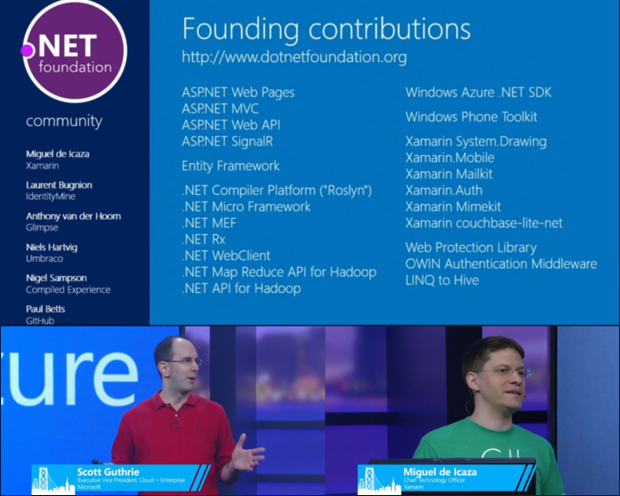 Many will shout 'too little, too late' on this move. I partially agree, but at the same time I am completely excited.