DrupalCon is always something I look forward to, ever since attending my first one at DrupalCon Los Angeles 2015. As I wrote over a week ago, I drove down from Wisconsin with my wife and two boys to Nashville. We came down for the weekend before and stayed for the weekend after to do some touristing and vacationing. I tried to write one blog about DrupalCon but realized I couldn't really condense everything I had to say. So I plan on pushing out a few post-Nashville blogs. 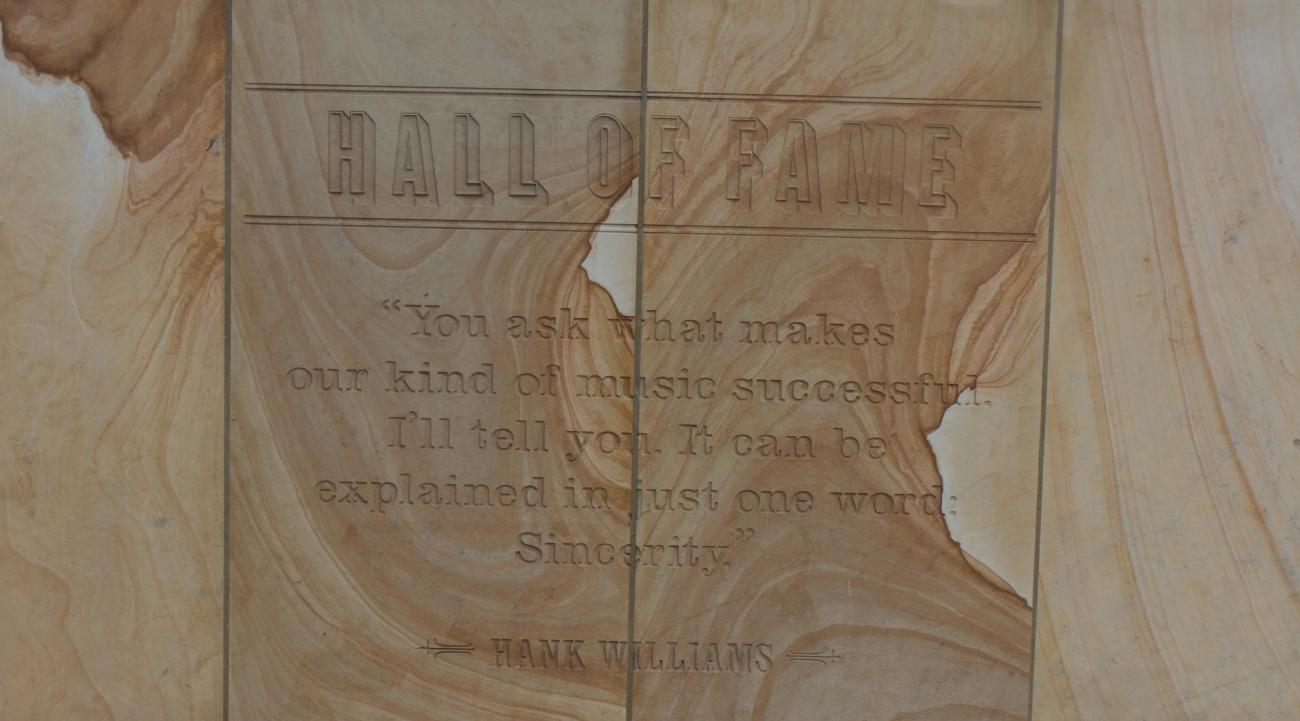 You ask what makes our kind of music successful. I'll tell you. It can be explained in just one word. Sincerity.

The quote stuck with me. It helped set the tone of DrupalCon for me. While Hank may have been talking about music, I think it's a recipe that transcends just about anything. When we talk about Drupal, we always talk about the community. Right? Come for the code, stay for the community. That is our mantra. But, what makes us so different?

Maybe it's our community's sincerity. Overall I find the Drupal community to be pretty genuine, trustworthy and have a high level of integrity. In fact, these traits of the community are what ended up bringing me into the community and going Full Drupal™.

While working the Commerce Guys booth, we had a wide array of people come up and talk. I would like to say we had a split audience. About half were wanting to learn about Drupal Commerce (new users), wanting an update (previous users), or current users validating their architecture and other ideas. The other half, however, was our community members coming up and saying "thanks."

It was a morale boost to have people come up and say "thank you" for support in the Slack channel, Drupal.org issue queues, or just our general work on Drupal Commerce and the other contrib. Being in a distributed workplace and contributing to a distributed open source community can be wearing on the soul. Problems are harder to solve and communication can be misinterpreted.  Regional DrupalCamps are great, especially for local networking. But DrupalCon is the one thing which can bring people all over together for more than a few days.

I have come back motivated. I love working in open source. I love contributing to Drupal and Drupal Commerce. I love the fact my job is helping businesses solve the hardest parts of selling online via our platform. But, after a while, it seems intangible. Then I get to hear from our end users that are thankful for our help. And that is awesome. It elevates the work I do because it's not just to earn a paycheck and deliver some software artifact. It is making an impact bigger than myself. And I love that.

That is one reason I brought my family down to Nashville. Often times I'm sitting at home geeked about some contribution or some other Act of Awesome by our community, and I wanted my wife to experience it, too. "Look! I'm not completely crazy for getting on the computer at 5 am or staying up until midnight to work on this thing called a patch!"

Our community is so badass I just want to show it off to those who are missing out on the experience and the great connections within it.