This year I joined a coffee exchange for some members of the Drupal community. I had known there was one floating around, but finally got signed up. Over the past two years, I have gotten more and more into coffee - being a coffee snob about roasts and learning brewing techniques. Last week we were paired up. And sent out some roasts.

I sent my match some coffee from one of my favorite Wisconsin roasters, Just Cofee Cooperative. I shipped out the WTF Roast, a single origin Honduras, which is named after the podcast by Marc Maron. And it turns out the recipient is a huge fan of the podcast! Coincidence score!

I received the Sumatra roast from Three Fins out of Cape Cod. Not only did I receive some rad beans, there was a note from the owner.

Grew up in Kenosha, went to Tremper, lived near there. Grab a Spot burger for me.

Talk about a small world. Turns out the owner of the roaster is actually from my town, albeit the Southside. 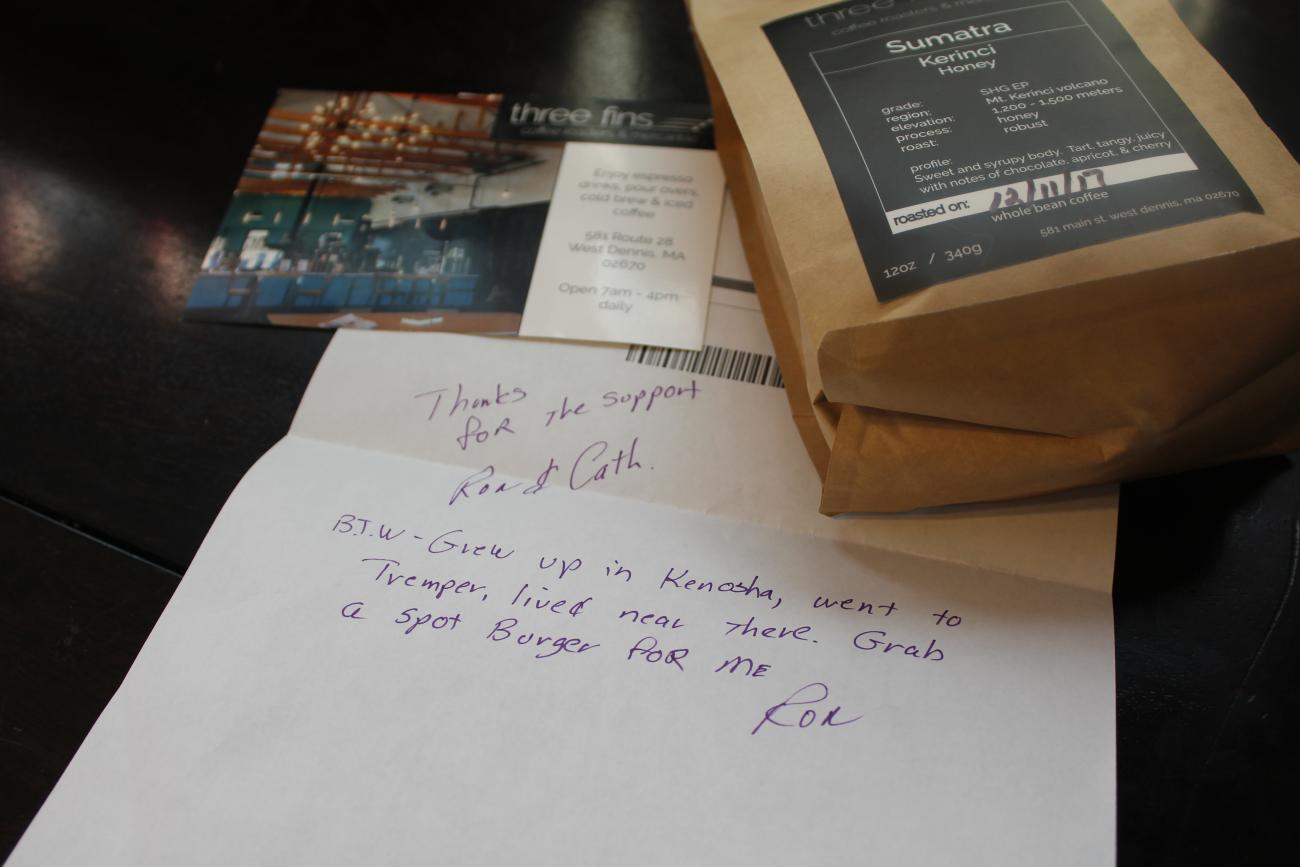 In Kenosha, we have two classic drive-in diners. The Spot on the Southside and Big Star on the Northside. For the record, I grew up on the Northside, which is the better half of the city. I'm definitely partial to Big Star, but a good burger is a good burger. I also realized that I haven't been to The Spot in a few years, maybe only once since their second location on my side of town closed years ago.

Thanks for some delicious coffee and a reminder to get a good burger, Ron! I had a burger for you, and it is still damn good.