I have just tagged drupal-check 1.4.0. This is kind of a big deal. And it's either a great thing or is going to destroy my inbox with support requests. But, in my opinion, it is completely necessary. 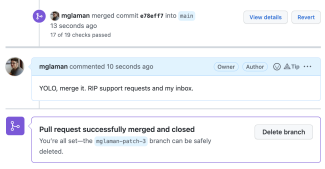 Basically, it ensures code is calling actual methods and properties. This is important as it ensures code is correctly analyzed for finding deprecations. It is something that I have discussed in my Tighten up your Drupal code using PHPStan talks and explained in my blog post. I'll reiterate it here.

I DON'T WANT THIS AT ALL, ROLLBACK!

Sorry, not going to happen. You can choose to pin your drupal-check dependency onto the 1.3.x minor release so that you don't receive 1.4.x by using the ~1.3.0 constraint. Considering that drupal-check just generates PHPStan configuration, you're fine.

What you should do is install PHPStan directly with the legacy configuration, which is now documented on the README. But I'll copy it here, as well.

Create a phpstan.neon file with the legacy configuration

You can copy this from the Upgrade Status module directly https://git.drupalcode.org/project/upgrade_status/-/blob/8.x-3.x/deprecation_testing_template.neon