During DrupalCon Vienna, the second edition of the Drupal 8 Development Cookbook was published! The Drupal 8 Development Cookbook published just over a year ago, right after Drupal 8.1 was released. I had written the book for 8.0 with "just in case" notes for what might change in Drupal 8.1. What I was not prepared for: how well the minor release system worked and provided rapid gains in feature changes. As I saw Drupal 8.4 approach, I felt it was time to create a second edition to highlight those fixes.

Some chapters did not change much beyond updated screenshots for user interface changes. There were, however, some larger changes.

For starters, any references to using Drush for downloading modules have been removed in favor of using Composer. In fact, so should manual download. Why? In Drush 9 downloading of modules and themes has been removed.

A new recipe was added to the Extending Drupal chapter to cover event subscribers. Something I missed the first time and noticed many Drupal Commerce implementers asking questions about.

In Plug and Play with Plugins was revised for the Creating a custom plugin type recipe. The Physical module, featured in the first edition, was finally ported and does not use plugins. The second edition covers the GeoIP module which utilizes plugins.

Two chapters received major overhauls and rewrites thanks to efforts accomplished in the 8.1, 8.2, and 8.3 releases. The Entity API chapter has been updated to remove boilerplate items now provided by Drupal core -- making the creation of custom entities much simpler. The Web Services chapter was completely written. Thanks to the API-first initiative the RESTful Web Services module was heavily improved. I also added a recipe on how to work with Contenta CMS, the headless distribution for Drupal 8.

Oh, and a new cover! 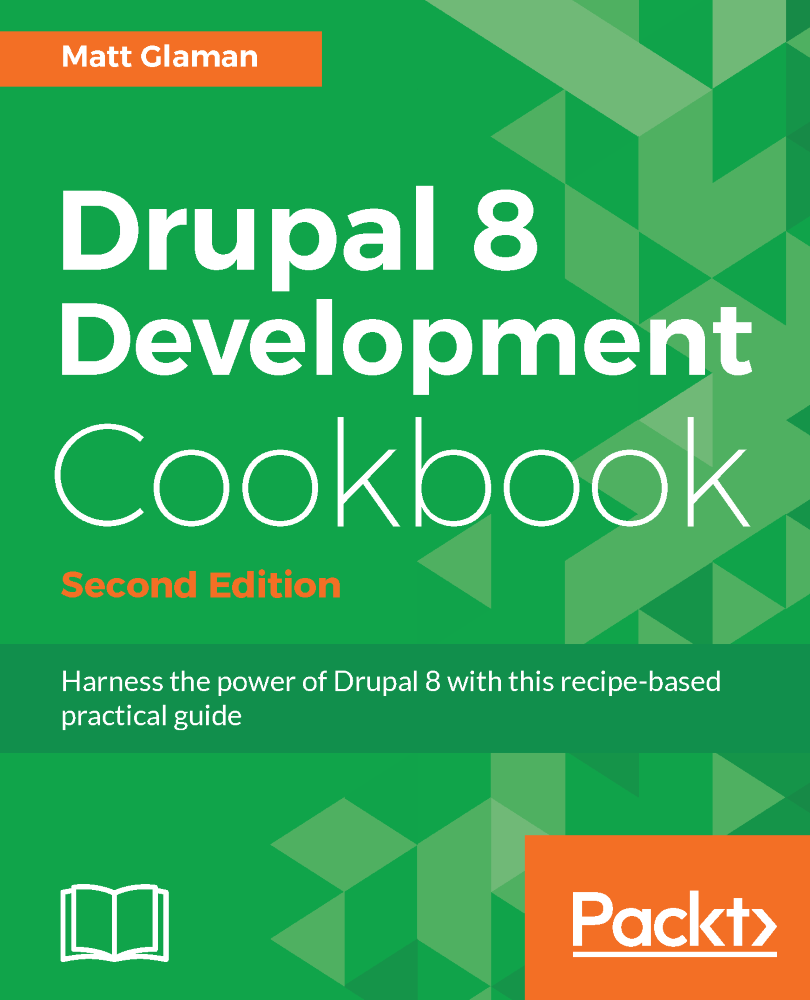 Where can you get it?

You can, of course, get the book from Packt Publishing. The book is available in print, ebook, and their Mapt service: http://packtpub.com/web-development/drupal-8-development-cookbook-second-edition